It's no secret around here that I'm a fan of indie games, roguelikes and rogue-lites in particular. The Binding of Isaac, FTL, and Enter the Gungeon have taken up significant portion of gaming time for me, so it's kind of disheartening to know that Enter the Gungeon is such a divisive game for some.

When Enter the Gungeon first debuted on Switch I recommended it wholeheartedly to people, only to have a few of them upset that the game was too difficult. Thankfully, the latest update to the game fixes a lot of the issues people had with this game at launch. If you bought the game and shelved it because you thought it was too difficult, here are a couple of reasons you should re-install and give it another go.

Store hearts for later use with the Heart dispenser. 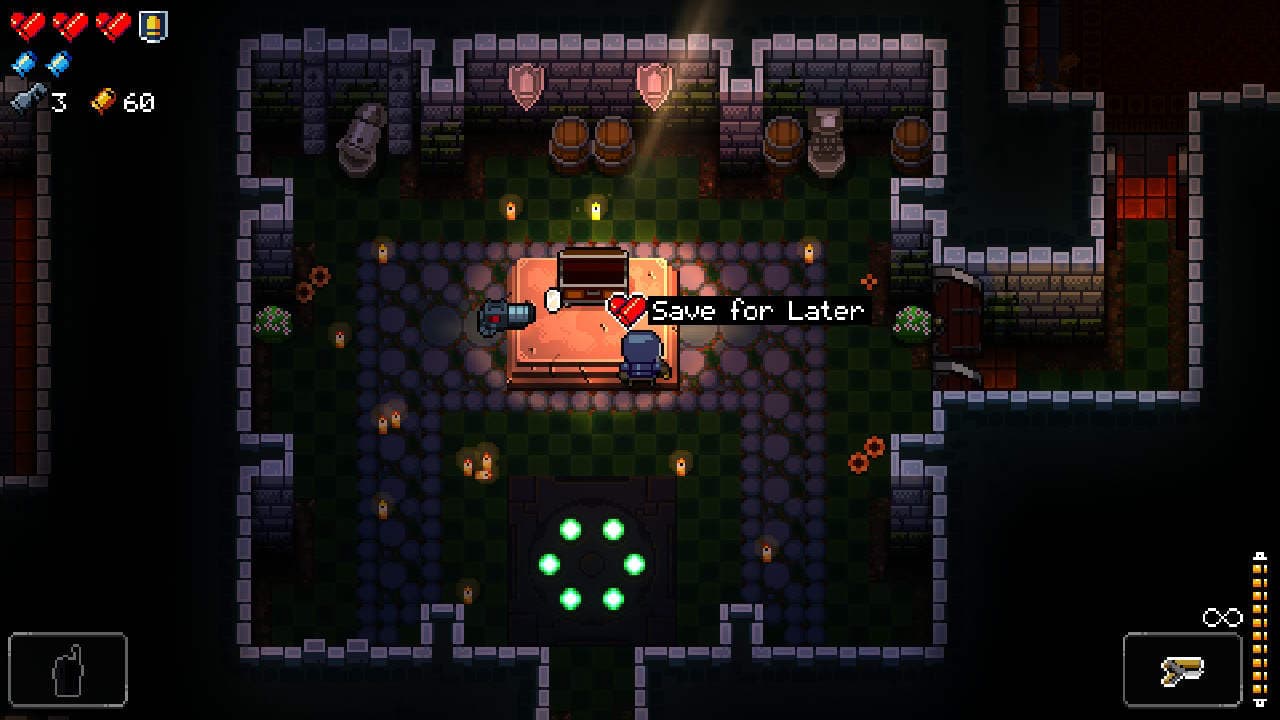 One of the most frustrating experiences newbies have with Enter the Gungeon is having to back-track to pick up heart pieces scattered throughout the dungeon. Now when a piece of a heart drops that you don't need immediately, you can save it for later, where it will appear in a dispenser in the shop or next to the level elevator for that floor. 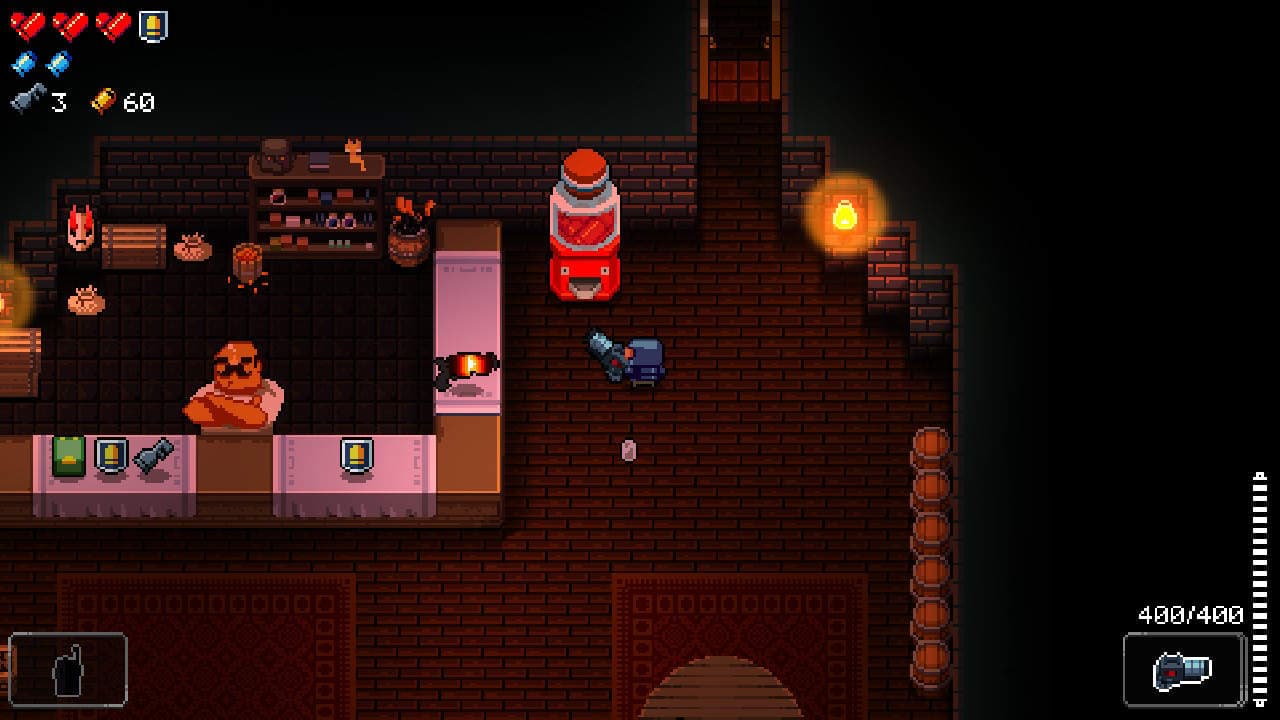 It costs nothing to access the dispenser, which spits out a half of a heart at a time until it is empty. You cannot claim hearts while your health is at full and the hearts do not carry over from floor-to-floor, so early successes with heart drops still won't give you an OP advantage in the later game. Still, this improvement should make it drastically easier for newbies to survive early floors.

Chests now have a random chance to spawn after room completion.

One of the complaints often leveled at the game is that gun spawns were too far and in-between for new players. Sometimes a floor will only contain one chest and if that chest is locked, then welcome to doing the boss fight with the default pistol. (Hint: It sucks.) To help avoid this, Dodge Roll added a chance for unlocked chests to spawn after room completion.

Because the sprawl of the Gungeon is real, it could be a pain navigating levels to pick-up items left behind or to unlock previously locked chests. Now most rooms in the game feature a teleporter for easily traversing the dungeon. There is also a new option to increase the character's movement speed outside of combat so you can get through those rooms that much quicker.

One of the new NPCs on offer will unlock a new Turbo mode for people who want to try a new high-octane way to play, but Dodge Roll wasn't just thinking of new content in this update, either. There are some new aim assist options to help people who don't like to use the right stick excel at the game. Definitely check these out if twin stick shooters are not your forte, but you still want to have fun with the game.

After each boss kill in the game, you'll receive a special currency called Hegemony Credits. These credits can then be traded in to the shop located in the lobby to unlock new guns that will appear in the gungeon shops, chests, and as boss drops. Previously these credits were pretty hard to earn, but Dodge Roll has increased the drop chance for them. This should make it easier for new players to unlock some of the more interesting guns for subsequent runs in the Gungeon.

Remember, you unlock more credits and items if you can mange to complete a boss fight without getting hit, so always try your best to dodge those bullets or pop your blanks during a boss fight for a better chance at getting credits. Credits also carry over between runs, so even if you only manage to do the first floor boss while you're learning, you're still unlocking credits towards new guns.

An Expansion Pack Worth of New Stuff

Aside from all the general quality of life improvements, this update adds lots of new features to the game that are worth exploring. Several new guns and synergies exist to find and some quality of life items have been added to help gungeoneers in their dungeons runs. For example, the ammo spread box will return 50% ammo to the gun you're holding and 20% to all other guns in your inventory.

New enemies and changes to existing enemies keeps the play style fresh, too. A new enemy called the Chance Kin runs from the player and drops a random item upon death, so it behooves the player to seek these out and kill them when you see them.

Finally, players can now discover synergy chests that change color after they're opened. A red chest will drop a random item or gun, while a blue chest will drop an item or gun that will complete a synergy to give the player a bonus. These chests always have a fuse attached to them, so you have a limited amount of time to collect the contents.

There's enough here to keep most veteran players happy, but I wanted to acknowledge the effort that Dodge Roll has put into making sure their game is just a bit more accessible for people who may have had trouble getting started. It's definitely not the same game at launch, so give it a try if you haven't yet. You'll be surprised at just how deep the game's mechanics are, once you master the movement and unlock beefier guns.